Ever know someone who seems to be more in love with themselves than anyone else? I know we all have a friend or..5 that constantly post pictures of themselves? I have a friend that would post 5 pics at a time all making a slightly different face than the previous one? I don't get it. Or how about the friends that post statuses that convey how much of an asshole they truly are? Like "Today, I was told how hot I am" Who gives a fuck? We all know you're good looking. Quit harping on it. We get it. You think you're awesome. Whoopty fucking doo. Get over yourself. I hate people that use social media as a platform to show off. All this sort of behavior shows me is that they're so unsure of themselves that they need to put themselves 'out there' for their supposed friends to 'like' and comment on all their pics and lame statuses. I know, I may sound like a hater. But come on man. I can't be the only one who knows someone like this. I'm all for confident people. As long as you display your confidence with grace and tact. It's the Snooki like people I cannot stand. The HEY LOOK AT ME's of this world make me want to punch kittens in their faces. Being a loudmouth attention whore will get a person absolutely nowhere with me. If anything it drives me further away. Ya know the one loud ass drunk broad at the bar who's always raising her arms and shouting "Wooooooo" every 5 minutes? I want to kick her in her baby maker to prevent her from bringing anymore assholes into this world... 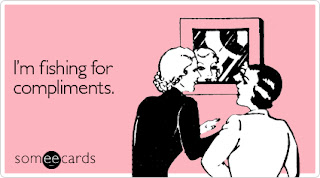 the past, present, and future

When I was little girl, I always imagined my life like a fairy tale. I have no idea why. Maybe because my reality was shitty. My mom divorced my dad when I was 6 months old. I don't blame her. He was a druggie and alcoholic. She got together with my stepdad shortly after, helped him with a pot growing op in their backyard in San Jose, CA. He got busted. She bailed him out. They skipped town with me in tow. I was 3. They left behind his 2 sons and daughter.She left my 2 brothers each with their respective father. So from 3-7 I resided in Texas until they finally felt the heat was off them and returned to CA.

I still remember my 1st day of school in CA. I was in 1st grade and had a Texan accent. All the little valley girls teased me. I went home that day and started practicing my Cali accent. Because I wanted so badly to fit in. Due to my stepdads shady past, I was moved around constantly from 1st-6th grade. I attended 12 different elementary schools. They finally settled down in South Orange County when I was 12 to my relief. This is where I formed solid bonds with friends I still have to this day.

My mom was not the most loving person. She actually always put me second to her boyfriend. Always. It was heartbreaking at times. But I got used to it and over it. Some day someone would love me like I needed to be right?
My dad loved me but he was so far away, and he had 7 other kids that lived in the area to attend to. My mom rarely let me see him. She never understood why I even cared about him. She made it no secret she hated him and that he didn't give a fuck about me. She did this my whole life. Shit, she still does it now.


Fast forward to 1997, I just married my high school sweetheart and gave birth to a bouncing baby girl I named Kareena Marie. She was my life. My chance at being loved unconditionally because I honestly never knew what that felt like. And it was amazing. I loved being a mommy. I loved holding my baby girl in my arms and just breathing her in. 3 years later I was blessed with another baby girl-Krystal Alexis and life couldn't be better for me and my husband. Him and I were inseperable. We were like oil and water but so in love. He was my best friend. We had our share of problems. He struggled with drugs and his eye for other girls. We were young. There was a whole lot of fighting. We even broke up for 9 months because I couldn't deal with his addictions anymore. After the 9 months he woke up and realized he wanted to make it work. We were never happier than we were for that short time.

In August of 2005 my husband was in a car accident in Colorado. He was driving to Kansas for work and must have fallen asleep at the wheel. The van he was driving veered off the road, went airborne and flipped 4 times landing on its roof. He died instantly. My life changed forever.

I was left alone to raise my 8 yr old and 5 yr old daughters on my own. And that I did. My husband was an Army Reservist so he had a substantial life insurance policy. I used the money to buy a home for me and my girls. Life was going smoothly. Me and my girls were making it on our own. It felt good. But I was lonely. I had been with my husband since I was 16. I cried myself to sleep every night for 3 years. I was still young. I wanted to find someone to keep me company but  was overcome with grief and guilt every time I imagined being with anyone but my husband.

In May of 2008 I signed myself up for a free dating site. Not intending to really meet any of the guys on there. I was satisfied flirting, turning off the computer and going about my business. But there was one guy who made me laugh. After emailing back and forth a few times I decided to give him my number. We would talk multiple times and day, We became close. Too close. I put him in the friends zone. We finally decided to meet face to face in September 2008. Later that night he called me. He was buzzed and all he could say was "You're hot" LOL I was flattered but still held back. I held back til the next month when reality slapped me in the face and said HELLO THIS GUY IS AWESOME!

I fell in love soon after with my very best friend. Noone has ever made me laugh like he does. I couldn't believe I had found happiness again. I kept waiting for someone to yank it away from me.
In August 2009, he took me to the Santa Monica Pier and proposed to me in the sand. I couldn't stop crying. I couldn't believe anyone would want to spend the rest of their life with a damaged mom of two. But he did. He loved me for who I am.He loves them like his own. A single guy with no children. He could have walked away. But he didn't. I'll never understand why. But I'm not complaining!

We got married September 25,2010 in a beautiful ceremony in front of 200 of our closest friends and family. It was my beautiful wedding I never thought I'd get. Now here I am over 1 year and half later expecting our son. My first son. After everything I have endured,I am finally genuinely happy.

So that was the Cliffs Notes version of me in a nutshell. So if you ever think life can't get any worse. Think of what I've been through. God has a plan for all of us :)